In this article, we will try to answer the following questions: How does digital identity evolve into its current form? What is Self-Sovereign Identity (SSI)? How do we achieve SSI on top of a distributed ledger?
p.s. Here is the talk given this August in Taipei.

What is Digital Identity?

According to this 2016 article, the development of digital identity can be roughly divided into three phases before the emergence of SSI:

For the first time, digital identity has a large demand with the popularity of the World Wide Web. The various websites that have sprung up have revealed an urgent question: How do you prove that the website you are browsing is trustworthy? An intuitive idea is that we can issue a certificate to a trusted domain name. So who will issue it? Since the institution issuing the certificate must be a credible institution, a Certificate Authority (CA) is established to be responsible for the domain name review and the issuance of the certificate. Since its development in 1995, the CA is still the backbone of PKI.

It can be seen that such a digital identity relies heavily on a trusted root certificate authority, and the identity of the user is completely controlled by the domain name owner. As the service usage grows, a user may have to register for dozens of services at the same time. The identity has become broken and fragile.

This is the stage we are in currently: the ability to connect different services, different alliances, and give users more control over their identity is the goal of this stage. To make the identity of a service common across multiple services, each service needs to work together to develop the same set of specifications to verify identity across services. The results of User Consent and Interoperability make the user the center of identity. Users can decide whether to share their identity from one service to another to prevent the fragmentation of digital identity. These authentication protocols such as OpenID (2005) / OAuth (2010) / FIDO (2013), which are well known to developers, are the product of this principle.

Although users have more control over their identity and better interoperability, users are more dependent on centralized services, resulting in service providers having the power to “abuse” user privacy, such as advertising revenue. A company with a source of interest can use or sell user information without the user’s consent, and the user’s privacy is at risk of being violated.

The value and thickness of identity comes from social behavior and interactions. In a perfectly ideal (e.g. non-digit) scenario, identity should be a whole, and different information can be revealed depending on the situation, just as when asked “Who am I” can give different identifications depending on the scenario.

However, the digital identity we use today is both fragile and unable to express the thickness of identity. So, how do you implement an identity that is not controlled by any centralized service? The answer to this question has only recently appeared — a distributed ledger is the last piece of the puzzle to achieve SSI.

What is Self-Sovereign Identity?

Existence: Centralized services can tamper with the presence of digital identities at any time. Distributed ledger enables identity to be anchored in the form of a Decentralized Identifier (DID) and protected from tampering.

Control: Centralized services can completely control digital identity. The distributed ledger uses the digital signature that is signed by a unique private key and the private key is kept by the user.

Persistence: Centralized services have the risk of service disruption. Distributed ledger is mostly maintained by nodes that are economically motivated and are not easily interrupted.

Digital identity consists of three elements: Identifier, Authentication, and Credential. In addition to these three elements, SSI also has a fourth element: the Decentralized Key Management System (DKMS), which is due to the need to manage private keys using a digital signature for SSI.

SSI is not a completely new invention. Many technical ideas basically follow existing specifications, and the real innovation of SSI is to develop a common set of specifications: Decentralized Identifier (DID), enabling identity to be the same standard and anchored to different distributed ledgers.

The four elements of SSI have the relationship shown above, and these elements form a stack architecture: the bottom layer #1 is responsible for identity anchoring; the second layer #2 needs to interact with the underlying distributed ledger and responsible for the storage of user data and private keys; and the third layer #3 requires the use of the second layer data for user identity authentication. After successful authentication, the topmost layer #4 can send various credentials to indicate the identity of the user. This upper layer relies on the lower layer, and the interworking between the same layer is similar to the TCP/IP suite. Each layer has its own protocols and specifications, and the operational details between the layers are abstract.

Since SSI requires close coordination of a series of protocols, the progress of SSI depends on a unified specification and well-designed protocol, which requires the promotion and maintenance of a non-profit organization composed of industry. There are many non-profit organizations that continue to contribute in the area of SSI, such as:

So how does each layer in the SSI architecture work? Let’s take a look at the specifications used by each layer.

Decentralized Identifiers (DIDs) are a new type of identifier for verifiable, decentralized digital identity. These new…

DID is the lowest and most critical layer in the SSI architecture. It is responsible for the writing/reading of identity in distributed ledger. It has a clear definition of the format and resolution of the identifier. The following is a brief description of some important components:

DID (Decentralized Identifier): A DID is an identifier consisting of numbers and alphabets, which is unique and mapped to a DID document located in a certain distributed ledger. DID consists of three parts: the scheme, the DID Method, and the DID Method-specific String. The DID method will be explained in the next section; the generation method of the DID method specific string needs to be clearly defined in the specification of the DID method.

DID Methods: A set of strings located in the DID for specifying the resolution of each DID. Each type of ledger has a DID method specific to that ledger, and its corresponding DID document creation/passing rules. For example, the DID registered in Ethereum will be in the form of did:eth:12345. The DID method needs to be registered with the W3C to be recognized by the resolver.

DID Resolver: It helps the upper layer protocol easily query the DID document. The resolver can parse different DID methods, and then return the parsing result to the upper layer. The upper layer protocol does not need to know the details of document parsing. DIF developed a Universal Resolver for the needs of parsing, so the resolver only needs to be deployed once. If a new DID method is registered in the future, it only needs to extend that method in the Universal Resolver.

DKMS is the main interface for users to use their own SSI. In addition to the connection with the underlying DID, it also needs to provide the storage of credentials, the backup of private keys, etc. The tasks are quite diverse. In terms of specifications, DKMS can be divided into three sub-layers:

DID Layer: Responsible for linking with lower-level distributed ledger to perform DID lookup.

Cloud Layer (Hub): Responsible for storing user’s personal data for use by upper layer protocols, such as verifiable credentials.

Edge Layer (DApp): Responsible for managing the private key. This is also a decentralized application (DApp) that allows users to use their own identity. 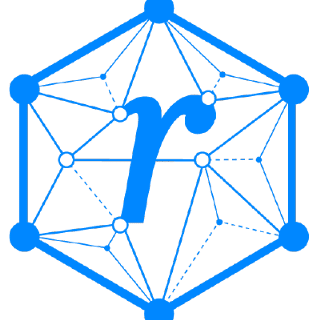 Credentials are a part of our daily lives; driver’s licenses are used to assert that we are capable of operating a…

VC is the earliest and most mature specification in the SSI architecture. As the top-level protocol of the SSI architecture, it has only one purpose: to replace all the ID cards in the user’s wallet. VC is a cryptographic-based digital certificate that can be used across different applications. It makes the identity return to the optimal state: the identity is in one piece and completely controlled by the user, and the user can reveal different credentials depending on the scenario. Since all SSI can issue and store credentials, the identity is not broken anymore.

Claims: A statement about a subject that expresses the relationship between [subject-property-content], for example: [Alice — Student — Some school] represents Alice as a student of a school.

Credential Metadata: Other information about the credential, such as type, issuer, issuing time, etc.

Proof: A digital signature for the issuer’s contents.

How do you avoid exposing excessive privacy when using VC to expose your identity? The Verifiable Presentation is an advanced specification which uses Zero-knowledge Proof to protect the credential. The details are for the author to analyze the article in the future.

This article uses quite a bit of space to introduce the background and development of SSI. Although the development of SSI is only a short period of four years, it has already achieved considerable results. We can also see new applications, protocols, specifications continue to evolve, and the ecosystem is becoming more and more complete. However, because it is a fairly novel field, information is often scattered everywhere and lacks context. It needs to be buried in the documents to accidentally figure out some clues. This article is expected to help researchers and developers quickly master the essence of SSI.

In the meantime, let’s stay in touch.
Join Our Growing Community